In late fall of 2015, Baby Danger was coming soon and we knew his nursery had to be epic. I wasn’t about to let being 8 months pregnant stop me from making sure it was.  We quickly decided on a Super Hero theme for the nursery, because… well, he’s Baby Danger!!

My crafting wheels started spinning and I started planning out the perfect wall mural.  My hubby painted the entire nursery a light shade of grey.

After it had dried and set, I taped off the background buildings and used the same base grey to quickly paint over the tape lines. It really helps to prevent bleeding from the darker shade of grey. At this point, the buildings were painted a medium shade of grey. I got all three shades from the same paint chip.

My hubby wanted the Daily Planet included so I made sure to incorporate it into the design.  I free-handed it with a paintbrush tipped Sharpie marker. 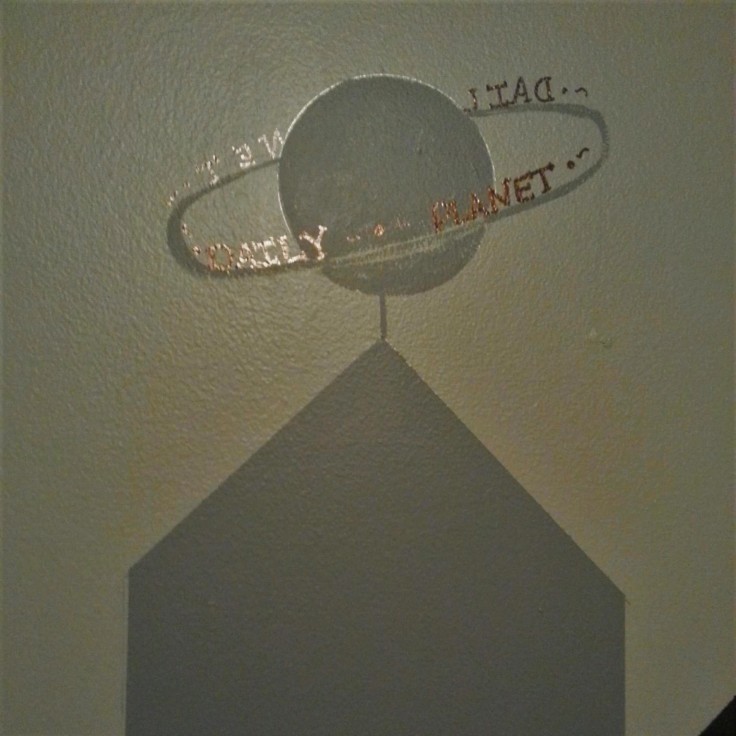 For the foreground buildings I taped them off, but this time I also taped off areas that would later become windows. I painted these in using the darkest grey…it was almost black.  Originally I was going to paint in each window yellow…but being pregnant and in a time crunch I decided it would be quicker way would be to tape of the windows so the lighter shade of grey came through. 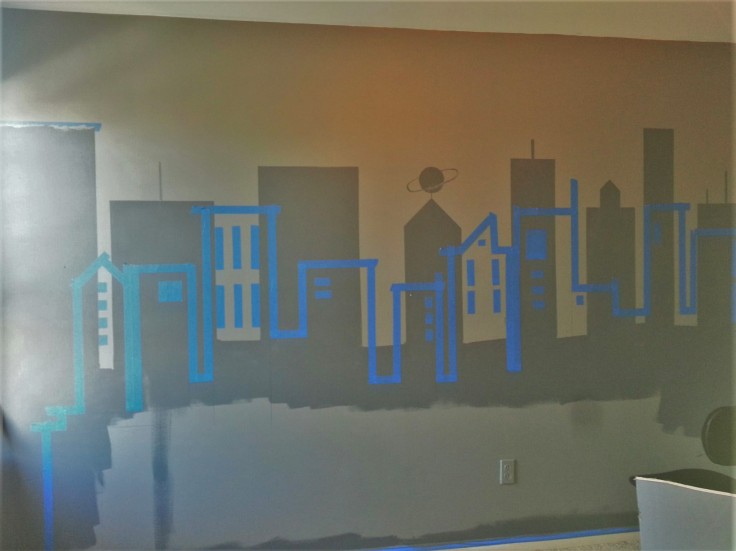 To make the Bat Signal I cut a stencil using a picture I found on Google images.  I enlarged it, printed it then cut out the stencil with a pair of scissors. This was before my husband got me the Cricut Explore One for Christmas, which became a total game changer!

Once it dried, I peeled the tape and touched up any spots that needed it.  The spotlight of the Bat Signal was added, along with the Bat Symbol. 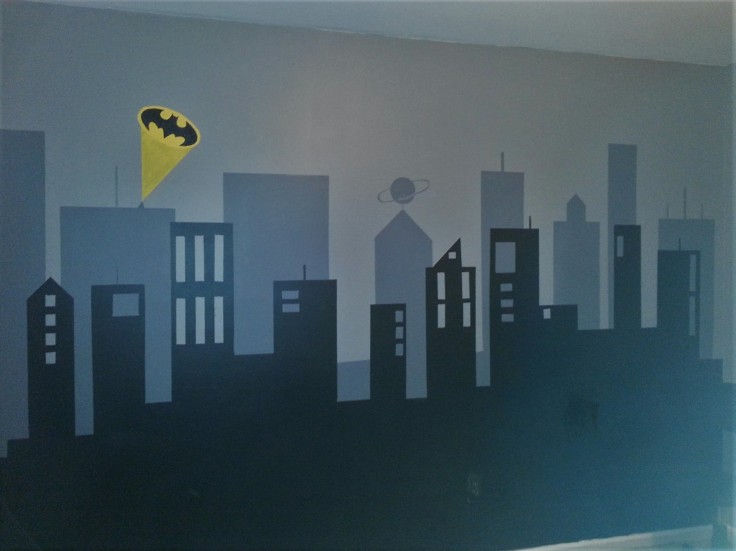 Now, Baby Dangers Nursery was ready for furniture and more importantly, decorations! Soon after his arrival, I received my Cricut Explore One and was able to cut out some shapes to make the mobile!

The window valance was made from capes we received from various outfits.  I also made a custom ceiling fan a few weeks later, which really tied everything together perfectly!!

All our hard work was complete and Baby’s Danger’s Nursery was ready for action!  A Room Fit for a Crime Fighter!!